What’s Rising in the New Year?

Notes from the espresso bar.

It’s tough to encourage innovation when you’re fighting to stay objectively balanced, as was the case for most of 2020. Routine was inescapable as we picked up the pace towards total isolation.

Oddly enough, there was plenty to see working behind the bar throughout the pandemic. As a barista, my fate (like so many other service industry pros) was a toss up by mid-March, but I’ve been lucky enough to keep grinding despite the circumstances.

As the days stretched into weeks, that stretched into months, idle observation kept me going when shifts were slow. Truly, it was difficult to know where coffee was headed, yet, here we are.

So, we’ve entered uncharted waters in the new year, and the question on everybody’s mind is: what can we expect? Since 2020 was a total grab bag, can we assume the same rhythm for 2021?

Last year, we pulled more espresso than we anticipated, and the café I manage stood surprisingly sturdy against all odds. During these rippling shifts, I noticed a few things I may not have noticed any other year, with any other scenario. While I was afforded more focus and flexibility as a barista, I picked up on a few things we may see a lot more of in the new year, from old traditions to, yes, another contender for alternative milk. 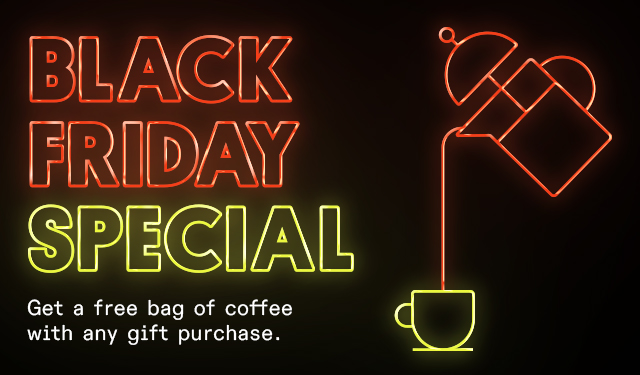 The following are taken from my own tabs collected behind the bar.

Earlier in 2020, we saw the release of Coffee Talk, a visual novel and video game by Toge Productions. Arriving at the end of January, the timing of this could not have been more appropriate, and with our world slowly melting into the distorted picture we soon came to understand, a sweet little game like Coffee Talk offered some clarity.

For baristas like myself, who experienced a random couple of weeks without work, Coffee Talk allowed us to step back behind the bar and serve a clientele of fantasy figures rather than the nightmarish reality surrounding us. It was a safe departure, and it supported the gridwork for an evolving presence of coffee in the digital sphere.

Shortly after, international design powerhouse, HUGE Inc., introduced their sleek ordering app for Atlanta-based roaster, Brash Coffee. I’m positive that many, if not most, coffee shops adopted this method to streamline their services last year. While its practicality is evident, these apps push cafés to articulate themselves on-screen and offer another platform of expression. But, it also takes away from the personal appeal of chatting with your favorite barista.

Likewise, the COFE App debuted in 2018 and was featured at the 2019 Coffee Shop Innovation Expo in London. Praised for its user-friendly design and roster of participating roasters, the app brings simplicity to coffee on-the-go.

All of this is to speculate that coffee culture is finding a home in cyberspace, making everyone’s job a little easier (or, maybe not...?)

There’s no denying that coffee has covered a lot of ground in the last decade, and it’s showing no signs of slowing. More and more people are warming up to the idea of coffee and all of the cool stuff that comes with it. On any given shift, I would have at least two people visit the café and say, “I’m not a coffee drinker, but...”

It’s great! People love the coffee and the coffee loves the people. That being said, to quote Tears For Fears: “everybody wants to rule the world”.

This year, we can expect to witness more folks taking the café home with them, by investing in professional espresso machines, pour over vessels, and fancy coffee gear. In part, because we’ve all been advised to stay home as much as possible, and partly because coffee is cool right now. Everyone wants to be their own barista, and social media platforms like TikTok allow users to leap into viral fame overnight with homemade coffee brewers and wild espresso mixtures. We may be entering a world where knowing your coffee is akin to knowing your wine, and it begs the question: what’s the difference between a coffee professional and a coffee enthusiast?

One of my coworkers found his footing in the glossy coffee capital of Melbourne, Australia, before moving to the states a couple of years ago. Aussies have a unique advantage over what’s hot in the industry due to such a thriving scene in two of their largest cities, Sydney and Melbourne, which, I’m told, have a playful, competitive coffee history.

I spoke to my colleague about what’s going on back home, and his only response was, “Macadamia nut milk is going to rock the boat real soon.”

Oatly took the world by storm just four years ago when it was officially introduced to the US, even though it can trace a lineage as far back as 1994 in Sweden. I can confidently prescribe that I steam about 80 percent of my drinks with Oatly in the café, and the other 20 percent begins with whole milk until the customer finds out we do, in fact, carry oat milk. You can even see quirky Oatly ads in the spines of magazines and on bus stops. The highly nutritious milk isn’t going away anytime soon, but it could find itself making space for macadamia milk. Though, it’s difficult to compete with a crowd pleaser such as oat milk, which is dairy-, nut-, and gluten-free.

About six years ago, I began my first shift as a barista. I was working for a regional household name that put quality first, and the nature of coffee at that time felt incredibly crafty and attractive. I remember this particular café always kept the latest issue of Drift magazine on the countertop, and during my free time I would study the warm photographs of cities like Stockholm, known for its cozy tradition of fika.

Since that period, I’ve seen the coffee industry develop into a rapid-fire, grab ‘n go climate, with the ushering of “fast coffee” and ready-made Nitro in a can. For a couple of years now, people have indulged in coffee the same way a 21-year-old indulges in their first few cocktails. We always want the latest and greatest; the quickest caffeine kick; something to take with us on the road. We’ve seen a spike in instant coffee, both in powdered and teabag form. Cold brew is prepared, bottled, and stowed in refrigerators for fast and easy access. Essentially, we’ve been utilizing coffee to get the job done, discarding the rest.

This year, and perhaps many years to follow, we could see a return to the old ways of enjoying coffee, a reprieve of slow pours and methodically made brews. The pandemic is teaching us to slow down and smell the coffee, so maybe we’ll bring the rituals back into the fold. Canned Nitro is nice, but nothing really compares to a moment that lasts a bit longer with time. I mean, it’s not like we have anywhere else to be...

Um, yeah — parents, be smart about this one. (Editor’s note: while we encourage coffee exploration from a young age, stick to decaf drinks for little ones!).

One for the green team

Probably the least exciting development of 2021 is that of reusable materials, and our dependence on single-use paper and plastic.

For health purposes, many cafés (like my own) have had to turn away personal tumblers, mugs, and thermos’ and push to-go cups and single-use plastic utensils with our eyes closed. It’s not the preferred scenario, of course, but it could stick around for the better half of 2021. With this in mind, it’s a challenge for us to ask: what can we do to reduce waste even when we’re forced to use it?

Going on six years of coffee conversation, Trad takes his brew black and enjoys evening hikes, mardi gras, and figure skating with his fiancé. The very first cup was poured at his grandfather's house at seven years old on a cold, wintery morning, and followed by four, raw cloves of garlic. That sensation changed everything, for better or worse.