CYBER WEEK: Free bag with any gift or new subscription purchase. Up to $100 off gifts.

How To Sweeten Coffee: 12 Simple Ways

Like your coffee a little sweet? You’re far from alone: Studies have shown that up to half of the coffee-drinking population of the US sweetens their coffee, with nearly 40 percent opting for white sugar. 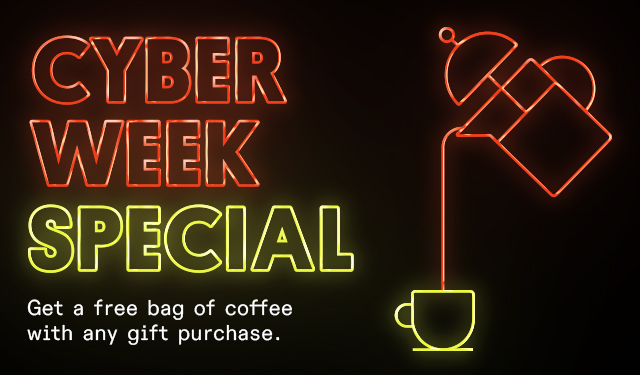 However, coffee also has a natural bitterness that is an easy match for a sweeter flavor, and folks have been sweetening their coffee since the beverage’s earliest days — with no end to the habit in sight.

There are many reasons you might want to avoid refined white sugar in your diet: Table sugar has been linked to a variety of health concerns, such as an increased risk of heart disease and Type 2 diabetes, and studies show that eating sugary foods can impact the body’s ability to detect hormonal signs of fullness. In addition, so many foods are produced with added sugar that many people simply want to reduce their consumption of highly refined sweeteners and seek alternatives.

If you’re interested in exploring an alternative to refined white sugar, you’re in luck: There are plenty available these days, and many are popping up in cafes and markets across the country. Here is a (non-comprehensive) list of some of the most common substitutes for refined white cane sugar.

Honey – Syrupy, sweet, floral, and sticky honey is one of the most common replacements for refined white sugar. It does not spoil, can be purchased widely, and is sweeter than table sugar. You can buy honey produced from single varieties of pollinating flowers or more generic blends that are less expensive. Honey is not suitable for many vegans, as it is produced by bees.

Agave – You’ve probably heard of agave if you’re a fan of tequila: It’s a distilled beverage made from blue agave. Blue agave syrup on its own is roughly one-and-a-half times sweeter than white sugar and has a flavor similar to honey. It has a higher fructose content, similar to high-fructose corn syrup.

Unsweetened Cocoa Powder – Why should adding something unsweetened make your coffee taste sweeter? It doesn’t technically add any sweet flavor, but it can complement the profile of your coffee, making its natural sweetness more pronounced. We recommend starting with just a little bit — say, ¼ to ½ tsp — to start. From there, you can adjust to your taste.

Coconut Sugar – Coconut palm sap is boiled down until its water content has evaporated, resulting in somewhat coarse granules. It has some nutritional value thanks to the calcium, potassium, zinc, and iron that the coconut palm contains. It has a slightly lower glycemic index than refined white sugar.

Date Sugar – This is made from whole dates that have been dehydrated and ground, and the flavor closely resembles the slightly floral, caramelized taste of dates. Since the dates are whole when they are processed into sugar, there will be particles that won’t dissolve in coffee, but they are harmless to consume.

Maple Syrup – Maple has become a popular café syrup and is increasingly offered as a flavor alongside vanilla, honey, and caramel. Several types of maple trees can be tapped to produce maple syrup, which is the result of boiling maple sap in order to reduce it. Its flavor is closer to brown sugar than white sugar and can have slight vanilla or oaky notes. (Artificial maple syrup, sometimes sold as “pancake syrup,” is often comprised of flavored high-fructose corn syrup.)

Brown Rice Syrup – Cooked brown rice is the base of this low-glucose sweetener, which is light brown in color and tends to have a nuttier flavor and more subtle sweetness than sugar or honey.

Stevia – Made from the leaves of the stevia plant, this sweetener is more than 100 times sweeter than table sugar and has become more popular over the last decade: You can find it in many zero-sugar sodas and candies, and it’s available as a powder and liquid in many stores.

Monk fruit – This small Chinese melon has been cultivated for centuries, and its extract is more than 150 times as sweet as refined white sugar. One main benefit to monk fruit is that it doesn’t raise blood sugar levels, and it’s becoming more readily available in specialty markets and health-food stores.

Cinnamon – There are many types of cinnamon grown around the world: Ceylon cinnamon, or “true cinnamon,” is relatively rare and pricey, but cassia or cassia cinnamon from Vietnam, Indonesia, China, and Sri Lanka all have slightly different flavors. Many say that Ceylon cinnamon has the most natural sweetness, with Vietnamese cinnamon coming in second. Adding it to coffee will not be equivalent to sugar, but it can enhance the natural sweetness present in the cup.

Molasses – Sticky, slightly bittersweet, and rich, molasses is a nice complement to coffees that have spicy or savory notes. Molasses is one of the most nutritionally dense sweeteners, containing vitamin B6, calcium, manganese, magnesium, and iron. Sugar cane molasses is made by extracting and boiling sugar cane juice down to a concentrate, which crystallizes. “Cane syrup” results from a single boiling process, while blackstrap molasses has been boiled three times.

Sorghum Syrup – This creamy syrup is made from the sorghum plant and has a similar texture and flow as molasses. Sorghum has been cultivated since the mid-19th century, gaining popularity as a sweetener when sugar became too expensive. It’s less commonly found today, but it remains a staple of Southern foodways—nothing like a little sorghum in your coffee to complement your sorghum grits or biscuits.

Adding spices - Incorporate spices and other flavors in a cup of unsweetened coffee, such as vanilla, cinnamon, and cardamom, so you can enjoy your coffee consumption throughout the day.

Adding salt in coffee - While sugar is a common additive, some coffee drinkers add salt to their cup of joe. It may sound unappetizing, but adding salt in your coffee drinks can neutralize the bitter taste. How much salt should you add? Start out by adding half a pinch and adjusting to taste.

Regardless of where you side on the light roast vs dark roast or espresso vs coffee debate, consider tasting black coffee for its natural sweetness. It’s true that some coffees might naturally taste sweeter to you than others, though that flavor experience will vary based on any number of variables.

Variety: Some coffee varieties are considered generally “sweeter” than others. Often, varieties with lower acidity and lower bitterness will have higher perceived sweetness. Bourbon coffee, for example, is famous for its sweet butterscotch flavor.

Elevation: Higher-grown coffees tend to be sweeter, as the coffee fruit takes longer to mature on the plant. This can lend the seeds (or beans) a heightened natural sweetness.

Ripeness: Picking coffee fruit when it’s ripe can produce a sweeter coffee in the end.

Profile: If you’re looking for a coffee that tastes naturally sweeter, look for flavor notes that imply sweetness. For example, “balanced” can imply a sweeter coffee because it usually means that there is less bitterness and less tart fruity flavors. Chocolate, caramel, brown sugar, honey, and nutty notes often point to sweeter coffees. If you do want to explore some fruity flavors, look for profiles that have sweeter rather than tangy fruits on their packages: Stone fruit tends to be sweeter than citrus, for example, and green apple will be much more tart than red apple.

Quick note: you may not be able to taste the natural sweetness of your coffee if you brew it too quickly. Under-extraction is the main reason you may be tasting sour coffee in the morning.

Not sure what type of brew you want to try? Take our coffee quiz to find out. And don’t forget to sign up for our coffee subscription to discover the best coffee brew for you.