The Myth and Mysteries of Oily Coffee Beans

Hint: it has nothing to do with freshness.

Roasted coffee truly is a magical thing: You take some nondescript little greenish seeds and chuck them in a high-heat environment, and in less than 15 minutes (or thereabouts) they are transformed into little miracle beans that we can grind up and mix with hot water for a little burst of delicious energy.

Of course, that’s a pretty big simplification, but it really is a marvel that coffee not only exists, but that there’s so much going on in those beans we love so much. While there are many things that roasting “brings to the surface” from inside the seed’s potential, one of the more obvious ones is oil: Perhaps you’ve noticed that some coffee beans look shiny or slick on the outside, as though coated in melted butter. That oily residue is an amazing reminder that these beans are really seeds — just like the sunflower and sesame seeds we use to make cooking oil.

What is coffee bean oil?

There are a few important things to know — and myths to bust —about this oil, but first, let’s talk about what it is.

Coffee seeds contain fatty or fat-like lipids in them, mostly triacylglycerols, tocopherols, and sterols — all of which are also found in vegetable oils — and these lipids can comprise up to 17 percent of the seeds’ makeup. Most of this “coffee oil,” as it’s called, is stored inside the seed itself, where it would be used as nutrients for a young plant upon germination. A green coffee bean isn’t oily to the eye or the touch at all: It’s only through the coffee roasting process that those lipids start to peek out. 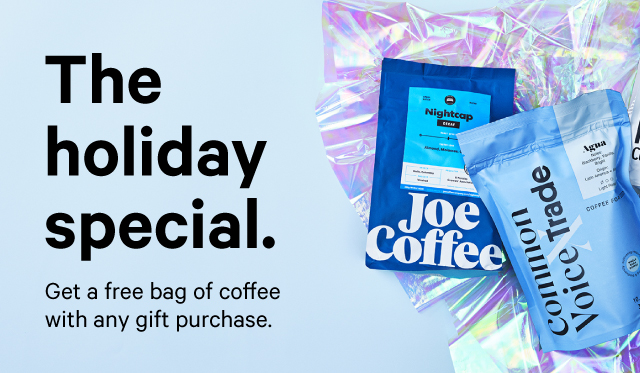 Coffee roasts in stages, as you probably know if you’re familiar with coffee roasting levels and how they vary. For the purposes of understanding oil, it’s helpful to know about two of the later stages in the process: first crack and second crack, both named after the sound that the coffee makes as well as the actual goings-on inside the beans.

First crack happens in part because the heat in the roaster will cause the moisture inside the seeds to pressurize and become steam: Once that pressure has built up sufficiently, it will force its way out of the cellulose, causing it to pop or crackle as it escapes. If the beans are continuously being exposed to heat after first crack, gases that are being produced inside the seed continue to increase in pressure, and eventually they will also burst out of the more-degraded cellulose, making a secondary, quieter “pop” sound — second crack. Second crack is also the point at which the cellulose is porous enough to allow some oil to sneak through, though all coffee will eventually release oil after being roasted, if it sits around long enough.

Now, this is where the myths come in!

Equating oiliness with freshness seems like it should be a no-brainer on roasted coffee, right? The beans look so glossy and sexy when they’ve got that sheen! However, it’s not a fail-safe way to tell if the coffee has been sitting for a while, again because dark roasted beans will naturally show more oil sooner than light roast coffee beans. Completely decaffeinated coffee, too, tends to be a little tricky: Because of the trauma the seeds undergo in the decaffeination process, they tend to have weaker cellulose and — that’s right, you’re paying attention! — an easier structure for the oil to seep through. Your best bet is always to find a roasted-on date on the beans, because there’s no perfect equation for how much oil might appear after a certain number of weeks or even months.

Myth #2: Coffee oils are part of what makes coffee delicious.

TThankfully, if you have a Trade coffee subscription you don’t have to endure this horror anymore, but remember walking through the coffee aisle at the grocery store and seeing the grody slime coating the inside of all the bulk bins full of heaven-knows-how-old roasted coffee beans? That slime was the result of oil squeezing out of the beans and building up on the plastic as they sat and sat and sat, waiting for someone to take them home.

As with any oil, prolonged exposure to light and oxygen (as well as heat) will create rancid, off flavors, so if the oil is a result of stagnant coffee sales, it’s definitely not contributing to the goodness of the cup. It also means that you should take special care of your dark roast beans: When it comes to knowing how to store coffee beans, make sure to do so in a cool, dark place to keep them from turning before their time.

Because oil isn’t soluble in water, most brewing methods will leave the lipids behind, typically in the spent coffee grounds, especially in a filter-brewed preparation. According to Karl Speer and Isabelle Kölling-Speer’s 2006 report, “The lipid fraction of the coffee bean”: “With filtered coffee prepared in a common household coffee maker, the amount of lipids was less than 0.2 percent. In contrast, when preparing an espresso, between one to two percent of the lipids... flow from the finely ground espresso coffee into the beverage.”

Paper filters are considered significantly more effective in retaining and/or absorbing any coffee oil during the brewing process, while perforated or mesh metal (such as in a portafilter basket on an espresso machine, or the screen on a French press) have larger holes and will therefore let more oil pass through to the final drink.

What that primarily means, however, is that the mouthfeel of an espresso (or a French press) is quite a bit heavier or creamier— not necessarily that the coffee itself has considerably higher calories or fat content. Filter-brewed coffee might have one to three calories per eight-ounce serving, while espresso clocks in around five calories for a two-ounce serving, largely due to the amount of oil allowed to pass through to the finished drink. (Consider how much richer the body of most espresso coffee drinks are from a less-concentrated filter coffee.)

No matter what you think about coffee and its lipid content, remember that if the squeaky wheel gets the grease, then the curious coffee-lover must get the espresso — not too bad a deal if you ask us here at Trade!

If you’re looking to try something new outside of your typical realm, take our coffee quiz today to discover an exciting new brew for you!