Get a free bag of coffee with ANY gift and new subscription purchases + up to $100 off gifts.

After trekking through the natural beauty of Northern California for our first Trade Coffee Trail, we’re heading to familiar turf back East.

Home to big cities and small towns (and Trade!), the Northeast also claims a number of roasters who embody the region’s dual sense of tradition and forward thinking.

Starting in Tandem Coffee Roasters’ hometown of Portland, Maine, this route takes you through Boston, New York, and Philadelphia, and wraps up in Lancaster, Pennsylvania — home of Passenger.

Our journey begins in the classic New England city of Portland. Located on a peninsula in Casco Bay, the city is known for its Old Port neighborhood and classic charm. 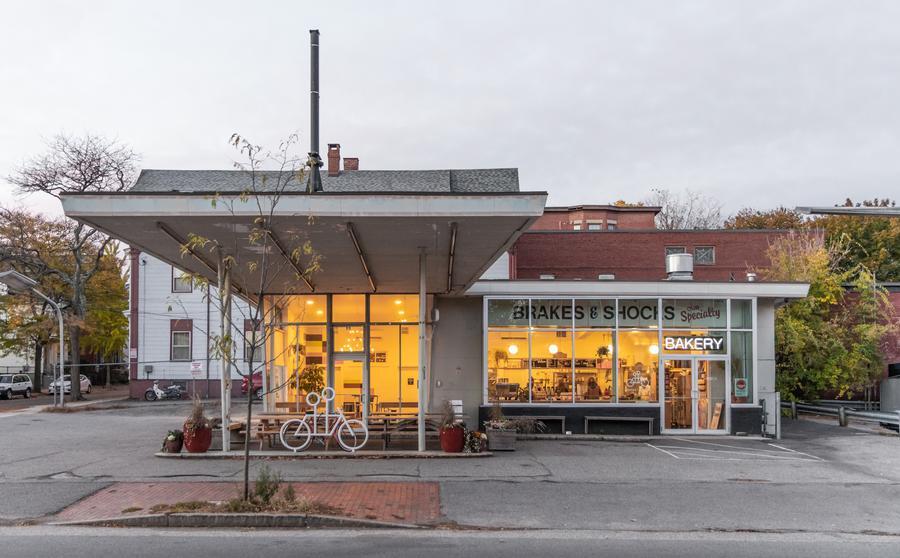 In 2014, Tandem opened a new West End location – Tandem Coffee + Bakery. The bakery is headed up by Tandem’s best friend and baker extraordinaire, Briana Holt. Once again, Tandem was lucky enough to find a unique old building - this one built in the 1960’s. Once a gas station then laundromat - now a beautiful place to get coffee, and delicious baked goods. 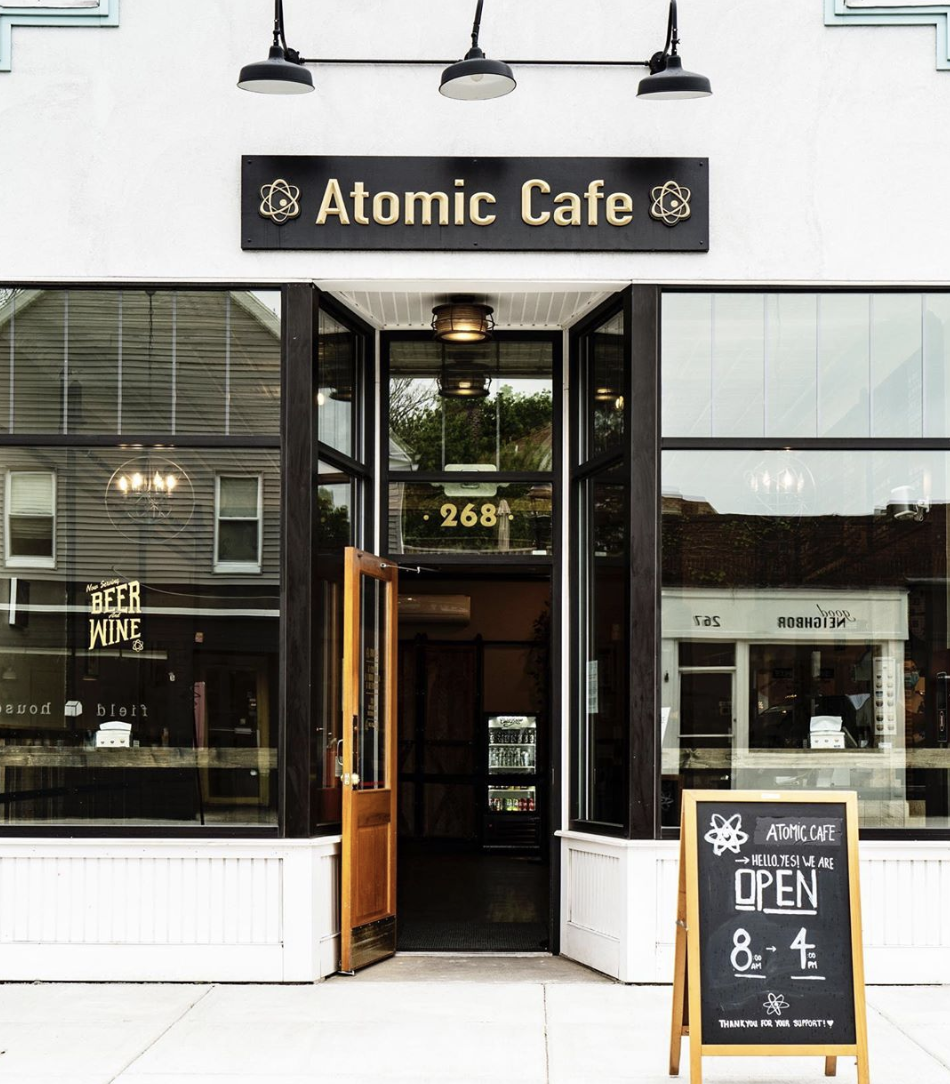 Since 1996, the Mahoney family has focused on bringing the best in specialty coffee, cold brew, and more to Boston's North Shore. Atomic's first shop opened on Cabot Street, fulfilling a dream (seriously, like one that comes when you're sleeping, not a daydream) that Andrew Mahoney had shared with his brother, John, a few years earlier.

At Atomic, energy is a catalyst. A spark that attracts and connects people with fun and rewarding moments. One sip and you'll agree, Atomic ignites an explosion full of rich roaster flavors and craft brewed tastes.

Just across the Charles River from Boston is the scholarly city of Cambridge, home to the likes of Harvard University, the Massachusetts Institute of Technology, and Broadsheet Coffee. 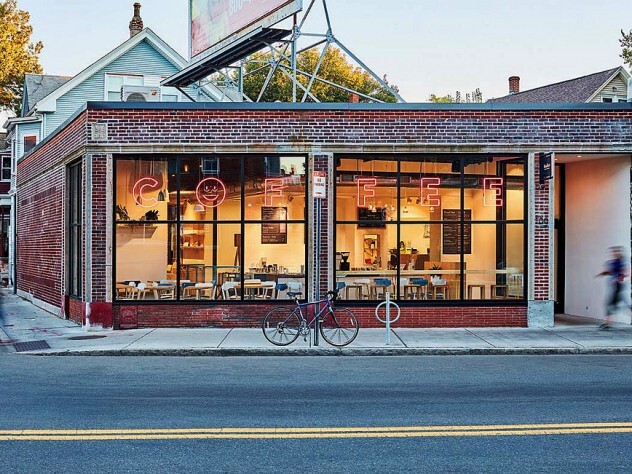 Deriving its name from the paper that the nearby Harvard Printing Press published as a way to spread meaningful news and cheer almost 400 years ago, Broadsheet continues the joyful tradition with coffee.

As one of the oldest cities in the country, Boston has a revolutionary history, so it's only natural that its coffee scene would follows suit. Hometown hero and Master Roaster George Howell has been in the specialty coffee game so long he practically started it, and the larger Boston area is home to several of his eponymous cafés. 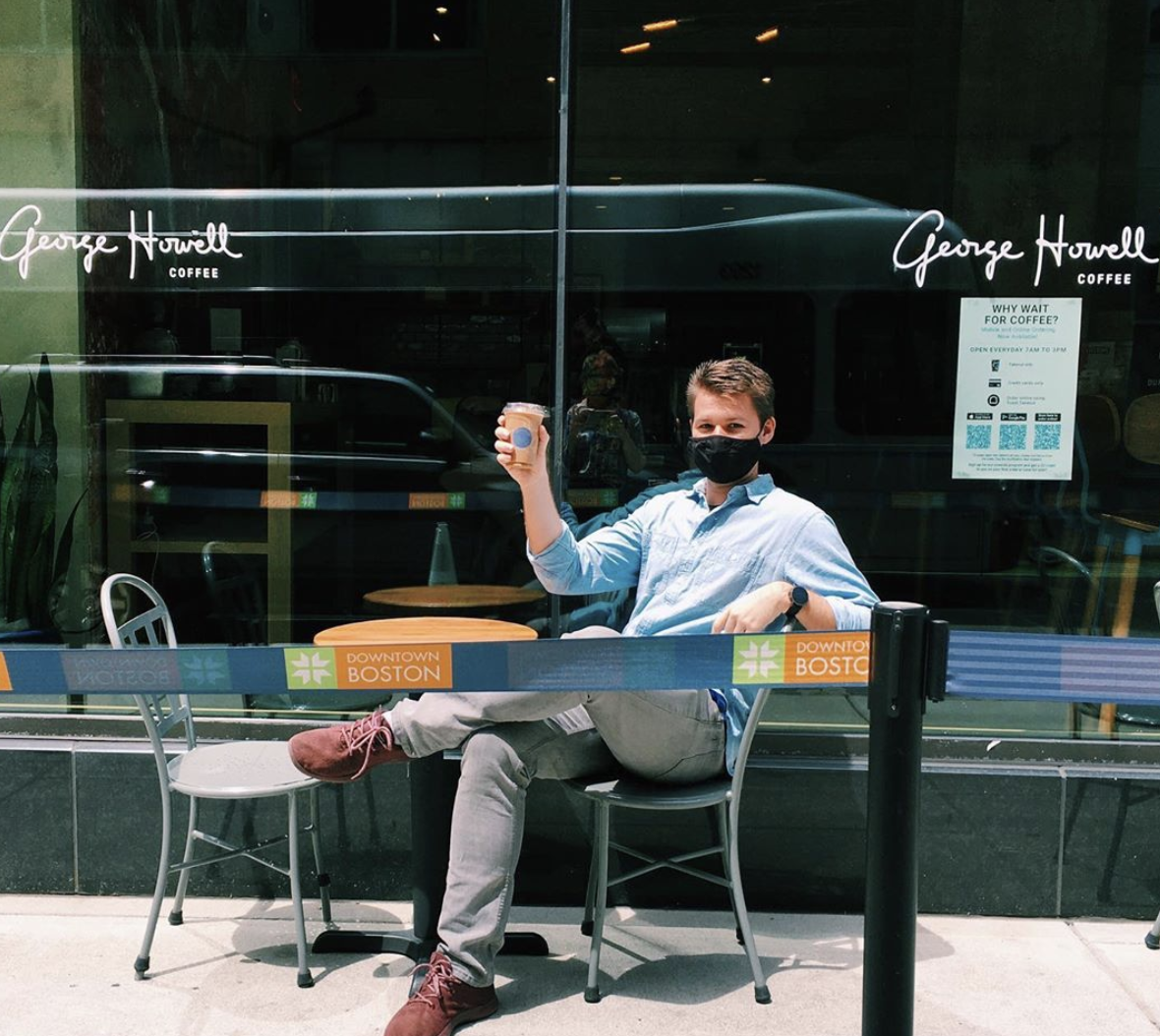 Situated on the ground level of The Godfrey Hotel Boston, George Howell Coffee. Downton Crossing location has a espresso bar with two espresso machines, hand-poured single estate and micro lot coffees, and specialty coffee-based creations, such as The Original for the summer months. Stop by for the coffee of the day, a traditional cappuccino, or shot of their latest single-estate espresso, and pair it with a pastry made by local Boston bakeries.

The city so nice, they named it twice doubles-down with a love of coffee. As the Big Apple is the largest metropolis in the nation, it comes with no surprise that it's home to a number of amazing roasters, and even more cafés. We've got a lot of love for our hometown, and you will too after stopping by these roasteries and cafés. 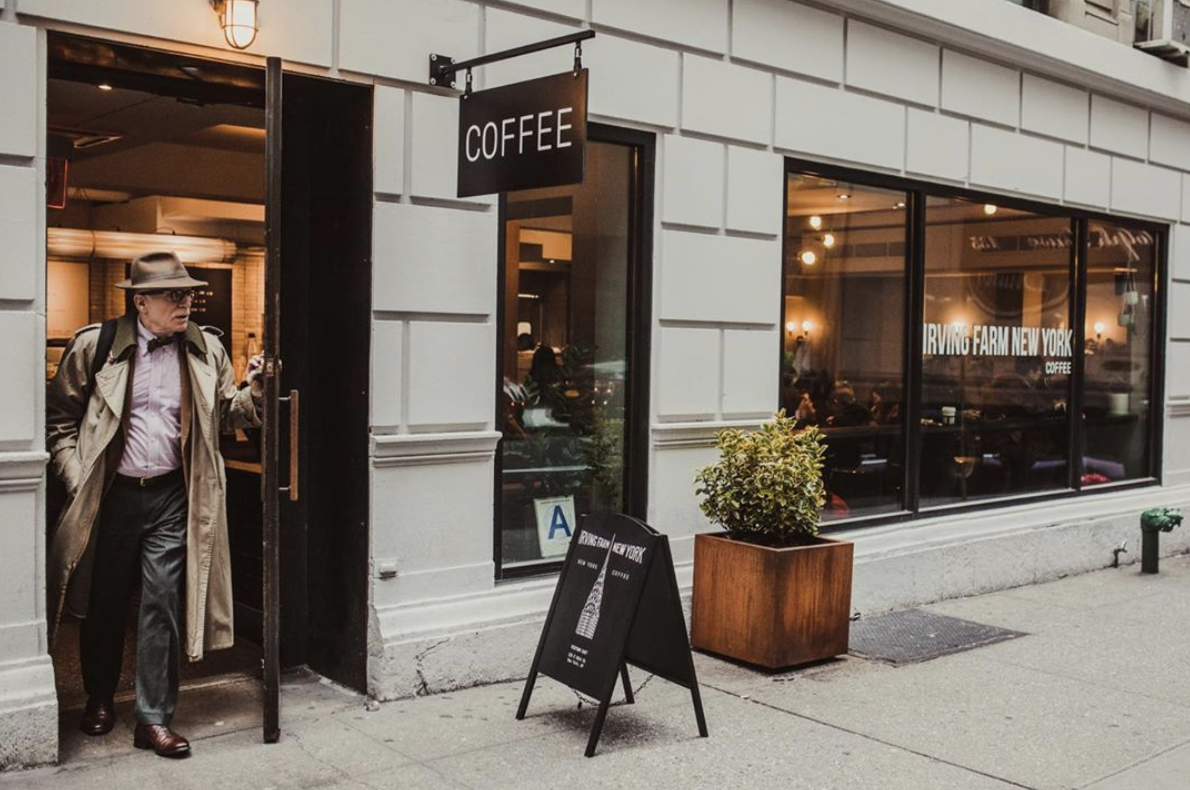 Irving Farm's namesake café opened in 1996 on Irving Place, only a block from the beautiful space they now occupy.

Steps from Union Square and their Manhattan training lab, this cozy escape from the urban rush offers their tried-and-true blends and rotating single origins as well as teas, sandwiches, and salads — not to mention, beer and wine! 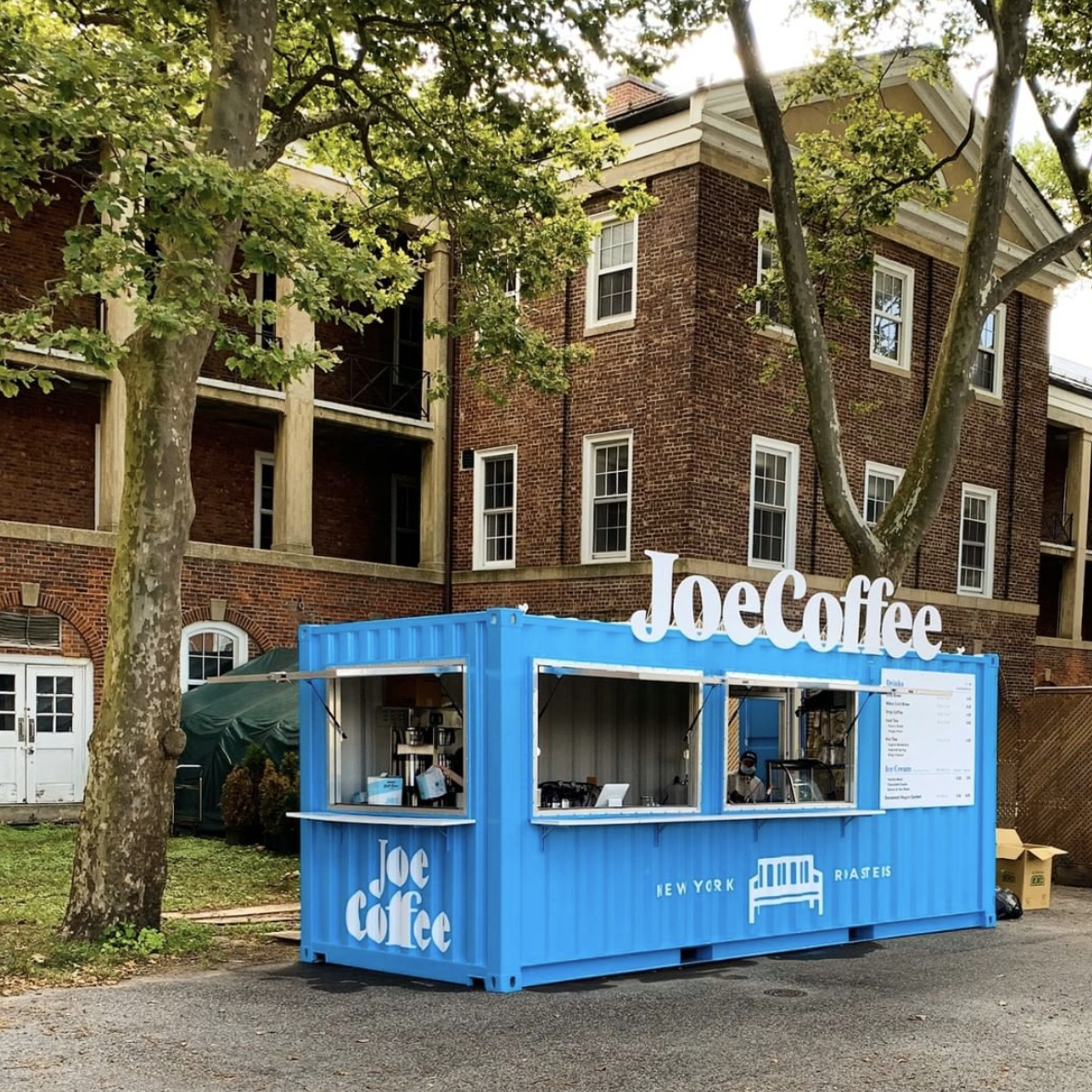 Though Joe has a number of locations throughout the city, its year-round container café on Governor's Island definitely wins the award for most original! Located on Liggett Terrace, the café serves up coffee, tea, cold brew, ice cream, and snacks. 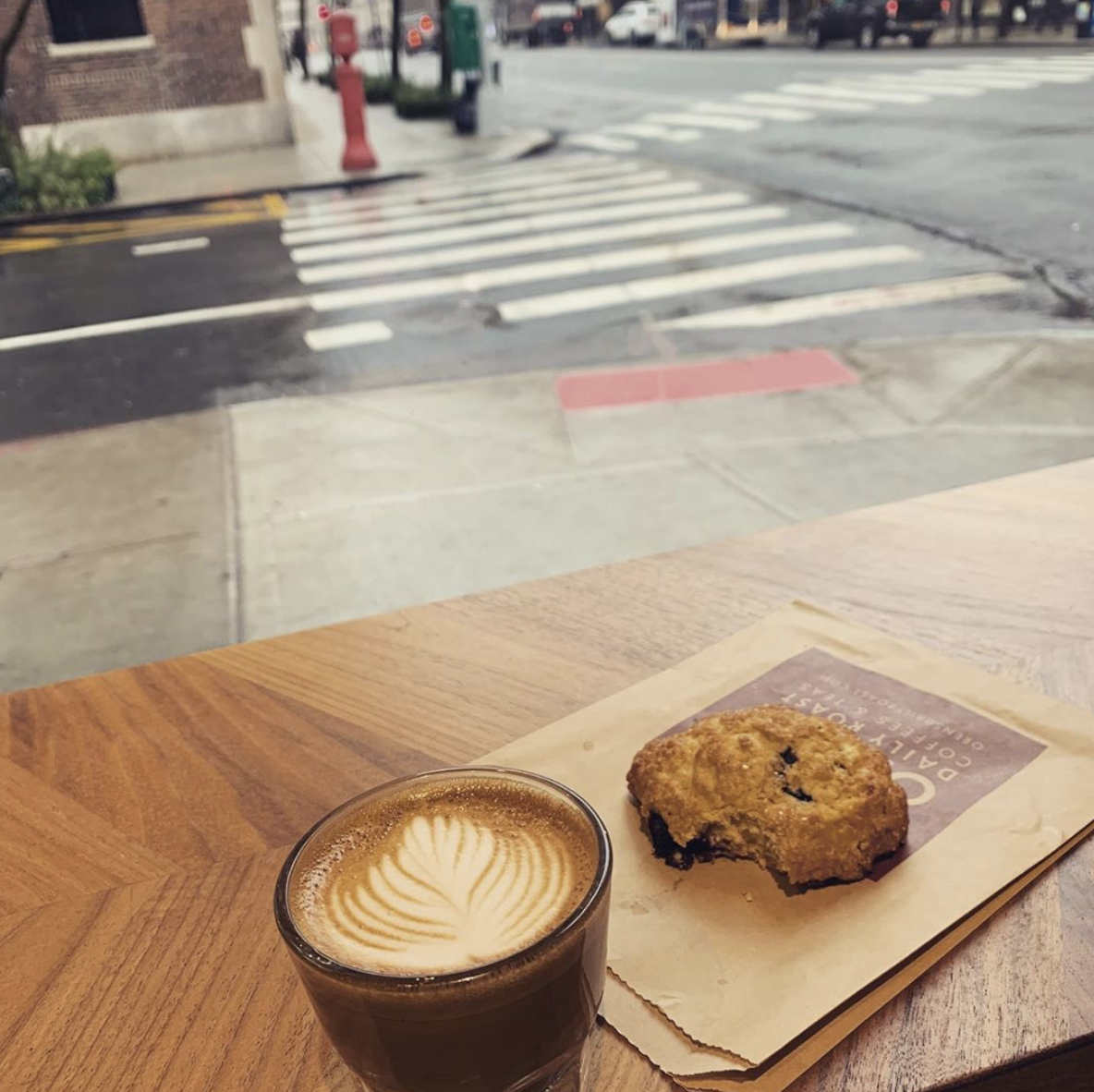 Discovering his love of coffee while frequenting a small NYC shop, Oren Bloostein left his corporate job to found Orens Coffee in 1986. The Long Island native had a hands-on approach from the start, including roasting on site — a rarity at the time — and manning the growing café. Today, this New York institution is known for the highest standards of freshness and sourcing through its Orens at Origin program. At the heart of the City that Never Sleeps is Orens' Grand Central Market location.

The City of Brotherly Love is a town where you'll find coffee love, too. Home to ReAnimator, Philadelphia will definitely give you reason to stick around and enjoy great cups and greater company. 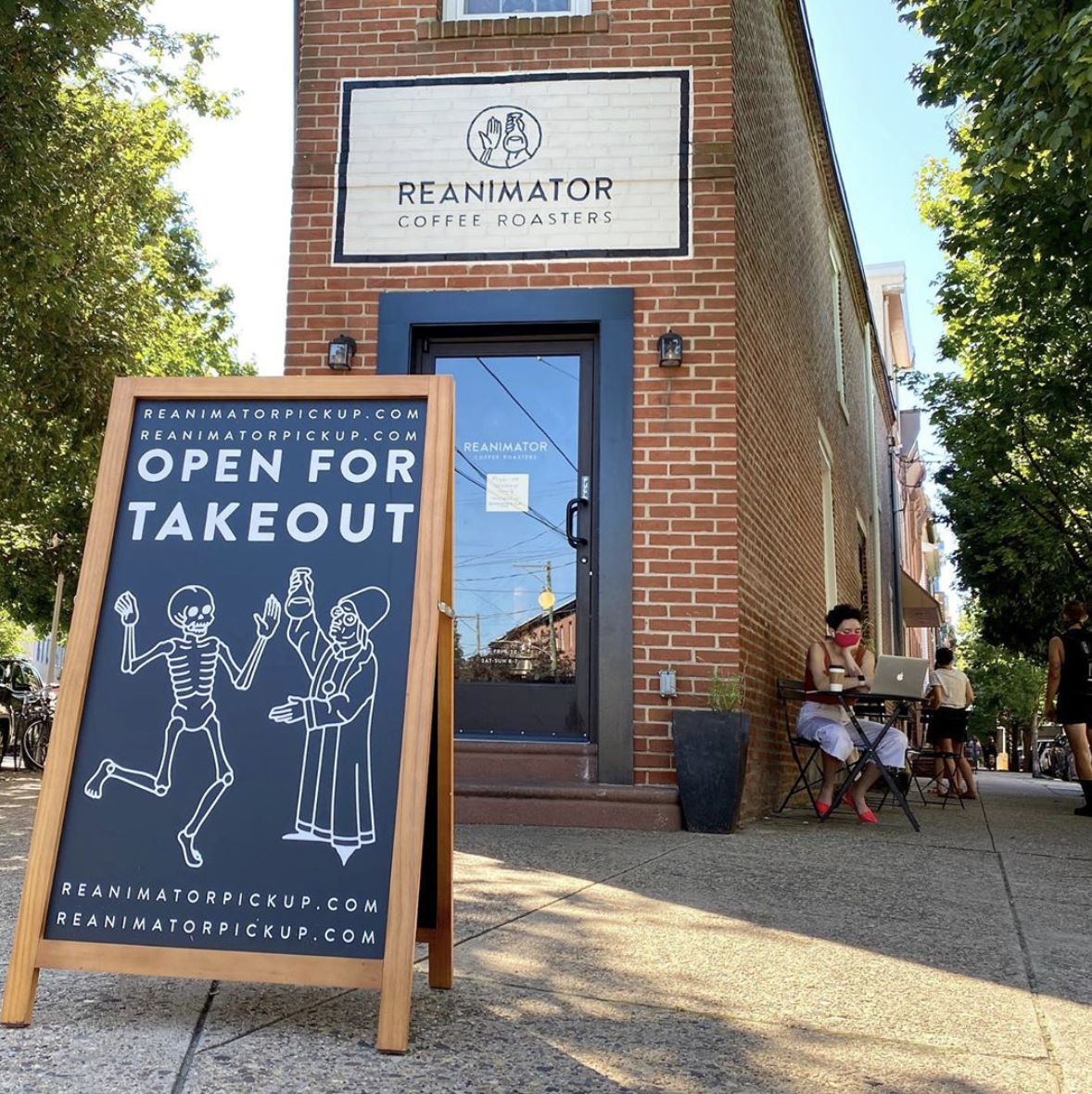 ReAnimator's Fishtown location is is not to be missed! Inspired by coffee’s complexity, ReAnimator has been sharing its noble beverage with Philadelphia since 2011.

A lot has changed since then, in fact a lot changes pretty quickly at Mark Capriotti and Mark Corpus’s roaster. The seasonality-focused menu cycles frequently with single-origin coffees sticking around for mere weeks, so run, don't walk!

A city known for its Amish heritage and traditions, Lancaster is also shaking things up with burgeoning cultural and culinary scenes. This sense of advancement can be clearly felt at Passenger. 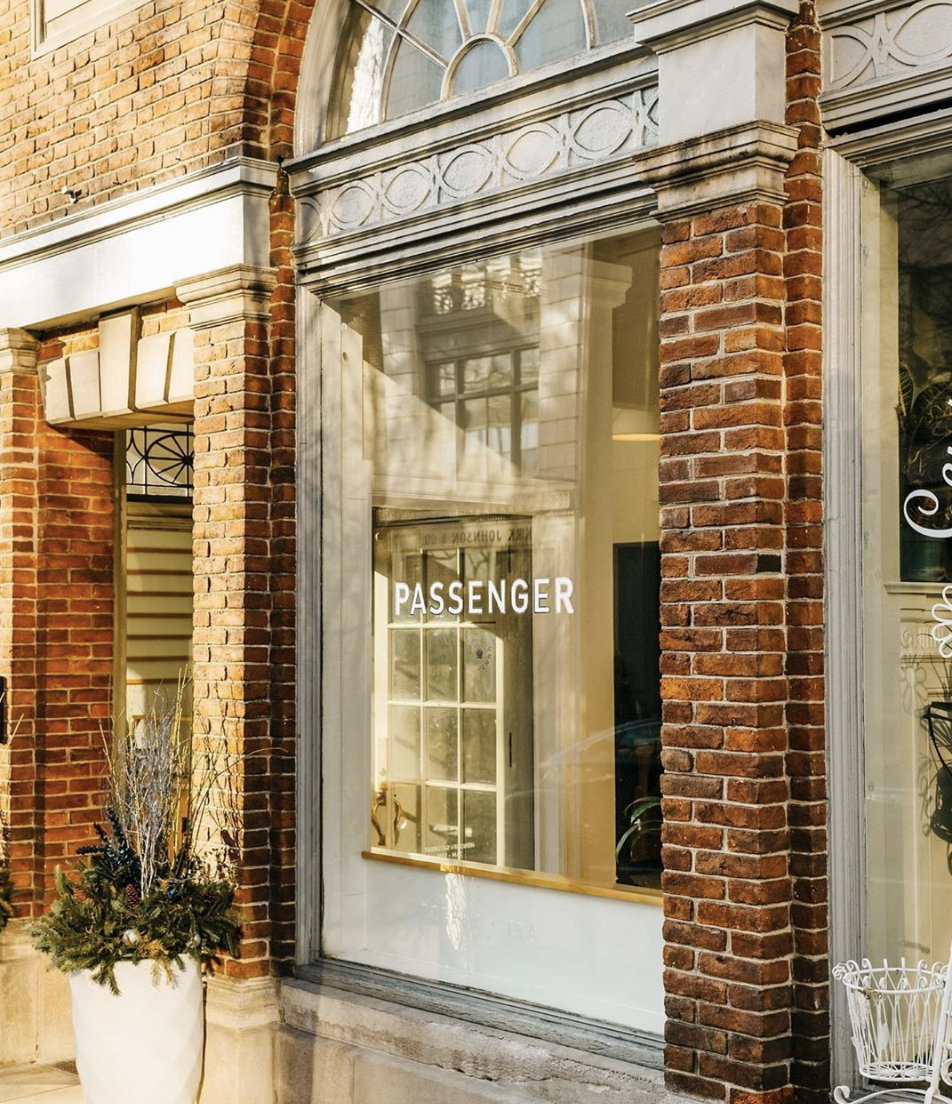 Passenger Coffee Roasters loves coffee and wants to take its drinkers along for the ride. Once operating from a retrofitted 1955 Airstream trailer — capturing a mix of wonder and familiarity — this roaster is focused on the future. In that spirit, forward-thinking Passenger keeps their entire inventory of unroasted coffee in deep-freeze storage, allowing them to roast a large and diverse offering at peak freshness year round.

Ranging from recent converts to a certified Q Grader, we're all united by a fanatical, undeniable, obsessive love of coffee. We love smelling it, tasting it (occasionally too much and often too late), learning about it, and talking about it – at every chance we get! Most of all, we're here to connect you to the best local coffee, with all the tools and education you need to brew it.