Bright and sparkling with lots of original, fruity character left in the bean. Shop our whole bean and ground light roast coffees below. 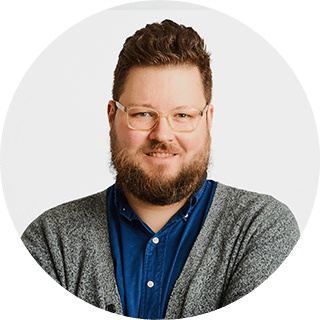 What is Light Roast?

In simple terms, a light roast coffee is a coffee that has been roasted to a lighter color than a medium or dark roast. To turn green, unroasted coffee beans into the brown beans you know and love, they undergo a roasting process that drastically changes the coffee’s flavor, but also its hardness (so you can grind it!). Every coffee bean acts differently and every roaster uses different techniques, so there aren’t strict time and temperature standards for separating a light roast coffee from one at a medium roast level.

The roasting process can change, among many other factors, the acidity level and the kinds of sugars you’ll taste in a coffee. While some drinkers might not enjoy acidity in coffee, many of the coffees we value most feature acidity in the form of a pleasant tartness that complements other, often fruity flavors. Light roast coffee beans will usually feature higher acidity than dark roasts. Roast level can also affect how much the sugars in the coffee caramelize. A light roast might have more simple sugars, while a medium roast might have more complex caramelized sugars. For any roast level, a great coffee roaster will play with these levels of acidity and caramelization to get a delicious result from each individual bean.

The coffee industry has been going back and forth on the caffeine question for a long time. For a while, people assumed dark roast coffee had more caffeine than light roast coffee. Then, some people decided that darker roasts had a lower caffeine content because the caffeine burned out during roasting, but it turned out that would only be true at temperatures we don’t often get to in the roasting process. It turns out that roasting drives off water in the coffee bean more than anything. So, especially if you're measuring by weight, the caffeine content might be slightly higher in dark roasts. That said, roast level won’t have nearly as large an impact as your brewing recipe, how strong you’re actually making the coffee.

Putting caffeine aside, lighter roasts might have some health benefits compared to dark roast coffee. Studies have found that, unlike caffeine, chlorogenic acid can break down during the regular roasting process. So lightly roasted coffee beans might have a higher level of antioxidants.

Are Light, Medium, and Dark the Only Roasts?

While light, medium, and dark roasts are the three most commonly referred to coffee roasts, there are many terms that have been used throughout the years to refer to roast level . Here are just some of the most popular ones: